Thomas Matusiak (Ph.D., Princeton University) is a Postdoctoral Fellow in the Department of Spanish and Portuguese and the Leslie Center for the Humanities at Dartmouth College. His research centers on Latin American cinema and digital media, especially as these intersect with theories of the body, the moving image, and politics.

At present, he is completing two book manuscripts. The Visual Guillotine: The Violence of Form in Latin American Cinema theorizes the material and symbolic violence of the cinematic cut. This book proposes that the primordial violence of decapitation resurfaces in the modern spectacle of cinema. Through a series of Latin American films, it traces the aesthetic and material practices of the moving image to the guillotine. If this spectacle cuts one body after another, so too does the splicer that repeatedly mutilates the roll of film, or the camera’s frame that beheads the actor in close-up. In the projection of severed heads on the screen, the spectator witnesses the uncanny return of primordial violence in a modern, rationalized form.

His second manuscript is entitled The Cinema and Its Double: Latin America and the Cinema of Cruelty. This book identifies a tradition within Latin American filmmaking, from the 1960’s to the present, that appropriates Antonin Artaud’s concept of cruelty. In his Theater of Cruelty, Artaud sought to bring theater back to its cultural origins in myth and magic. Latin America marks a point of inflection within Artaud’s thought, and he saw a model for spectacle in pre-Hispanic rituals. The cinema of cruelty draws on Artaud’s legacy to theorize the moving image through indigenous and afro-descendent concepts such as trance and shamanism.

Matusiak is also currently co-editing a journal dossier on intertextuality and cinematic citation in Latin America (with Javier Guerrero) and a book on the documentary turn across contemporary Latin American cultural production (with Alejandro Martínez).

In addition, his peer-reviewed articles and book chapters have examined, among other topics, the queer experimental cinema of exiled Mexican filmmaker Teo Hernández, the theorization of the trans* body and digital media in the short films of Lucrecia Martel, the intersection of cinema and the gallery in the work of Venezuelan visual artist Javier Téllez, and the performative practices of contemporary Latin American documentary cinema. 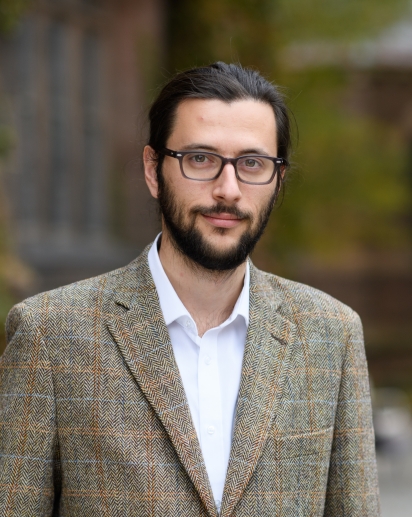