We offer one LSA+ to Santander, Spain in the Summer. Sophomores can also apply to this program.

For 2021-2022 only ONE LSA+ will be offered, in Buenos Aires, Argentina. The LSA+ in Santander has been temporarily cancelled. 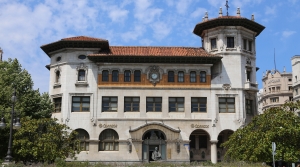 The LSA+ program in Santander, Spain is led by a faculty member of the Spanish and Portuguese Department. Students live with Spanish-speaking families for the entire term. The program offers SPAN 20 (Writing and Reading: A Critical and Cultural Approach), SPAN 22 (Modern and Contemporary Spanish Artistic and Cultural Production) and SPAN 32 (Introduction to Hispanic Studies III: 20th - 21st Centuries). Occasionally, the program may offer SPAN 30 or 31.

For more information please contact specific directors for each program.

To apply for the LSA+, students must complete SPAN 9 or 15; be exempt from SPAN 9 based on test scores; or receive the program director's permission.

The LSA+ will be based at the Universidad Internacional "Menéndez Pelayo" (UIMP). It will involve two days of extensive, on-site orientation, nine weeks of academic coursework, and a total of six to seven days of cultural excursions as a group.

Santander hosts the oldest and most prestigious International Summer Program in Spain, created in August 1932. The UIMP has two sites: the "Campus de Las Llamas", where classes are taught, and the "Palacio de la Magdalena". The UIMP accommodates a wide range of cultural activities: theater, dance, films, concerts, lectures, meetings with writers, and academic excursions around Cantabria. Our students will be able to attend all events organized by the UIMP. 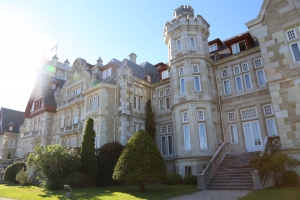 Santander is located on the Atlantic coast in the region of Cantabria in Northern Spain. It combines its proximity to Bilbao and other historical cities in the regions of Asturias, Basque Country, and Castile, with the flavor and friendliness of a middle-size city (population of about 200,000 people). Its public transportation system is excellent, with easy access to and from university facilities to family housing. The city is pedestrian-friendly with numerous bike paths along the coastline; its renowned beaches, as well as its downtown and cultural offerings are within walking distance from the university.